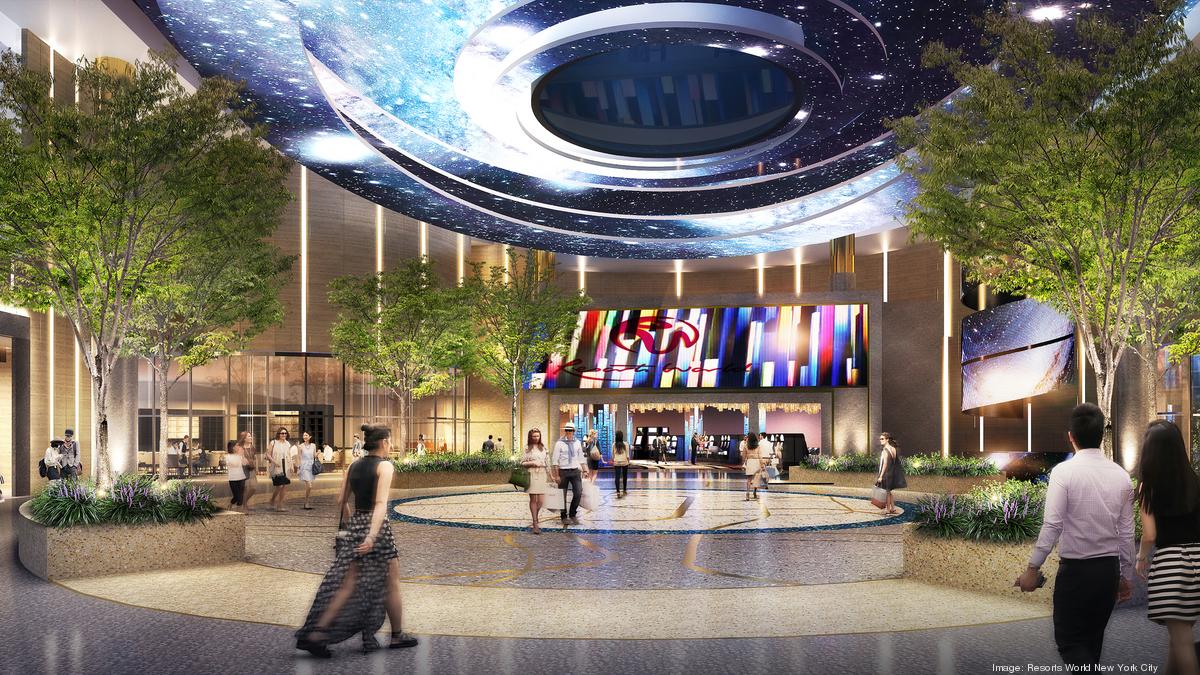 You are using an outdated browser. Please upgrade your browser to improve your experience.

THANK YOU for all your action and support, including sending letters voicing your opposition to the casino. The Gaming Commission received 3,428 letters regarding the proposed Sterling Forest Resort, with over 3000 of them in opposition. Our concerns were heard, loud and clear!

To the NYS Gaming Facilities Location Board:

I am writing as a concerned citizen in vehement opposition to the Sterling Forest casino resort proposed by Genting Americas. It is the wrong project in the wrong place, chosen for the wrong reasons.

Sterling Forest State Park, which encloses the proposed resort, was set aside only 16 years ago in

a historic collaboration of the Palisades Interstate Park Commission, the National Parks Service, the states of New York and New Jersey, and dedicated groups of citizens, at a cost of more than $100 million. As a result, we have a 22,000-acre natural resource, protecting a vital watershed and providing vitally wild habitat, only an hour's fast drive from New York City.

This fragile habitat is the wrong place to bring the Genting resort, with its 1.4 million square feet of space and its expected 6,900,000 visitors a year.

Evidence shows that the host community is conflicted at best about endorsing the project. An email poll solicited by the Tuxedo Town Supervisor on the casino question revealed that out of more than 250 respondents, an overwhelming majority of 2 to 1 oppose a Tuxedo casino. At a recent Tuxedo Town meeting where citizens were invited to speak, the number was 78% opposed (out of 24 speakers).

Tuxedo Town government endorsements aside, significant numbers of its citizens do not welcome it, do not want the traffic, the intense activity, and the social degradation associated with casino gambling. The State must respect this community's reluctance. A divided community is the wrong host for the Genting resort.

We would also point out that the Upstate New York Gaming and Economic Development Act of 2013 was intended explicitly to bring casino jobs to economically distressed areas upstate. That hardly describes the town of Tuxedo. If the project is intended to foster economic development, that is the wrong reason to choose a site in Sterling Forest State Park.

Certainly other communities in the Catskills/Hudson Valley gaming region can be found that are more suitable, more economically distressed, without an environmental treasure to protect.

ALBANY A $1.5 billion plan to build a casino in Sterling Forest is proving to be no easy roll of the dice for gambling giant Genting.

The company's proposal is not only the most expensive of the 16 proposed gaming resorts competing for a New York license but also the most controversial, generating heated opposition from local activists and environmental groups.

Thanks to their efforts, state gaming officials had received 3,428 letters and emails as of Wednesday about Sterling Forest the most by far of any of the proposed casinos. The vast majority opposed the project, which is only 41 miles from Manhattan, because of the threat it posed to the surrounding forest.

"Here is our message to Genting: pack up your money and go someplace else," said Rodger Friedman of the Sterling Forest Partnership, which is working with several other environmental groups to oppose the casino.

"I have grave concerns that this project and its projected 7 million visitors would wreak havoc on Sterling Forest," Pataki said in a statement.

Genting, which also operates the Resorts World Casino at Aqueduct, insists the Sterling Forest resort will be environmentally friendly, citing a $20 million water treatment plant planned for the project, the rehabilitation of nearby wetlands and hiking trails; and the installation of electricity-generating solar panels. 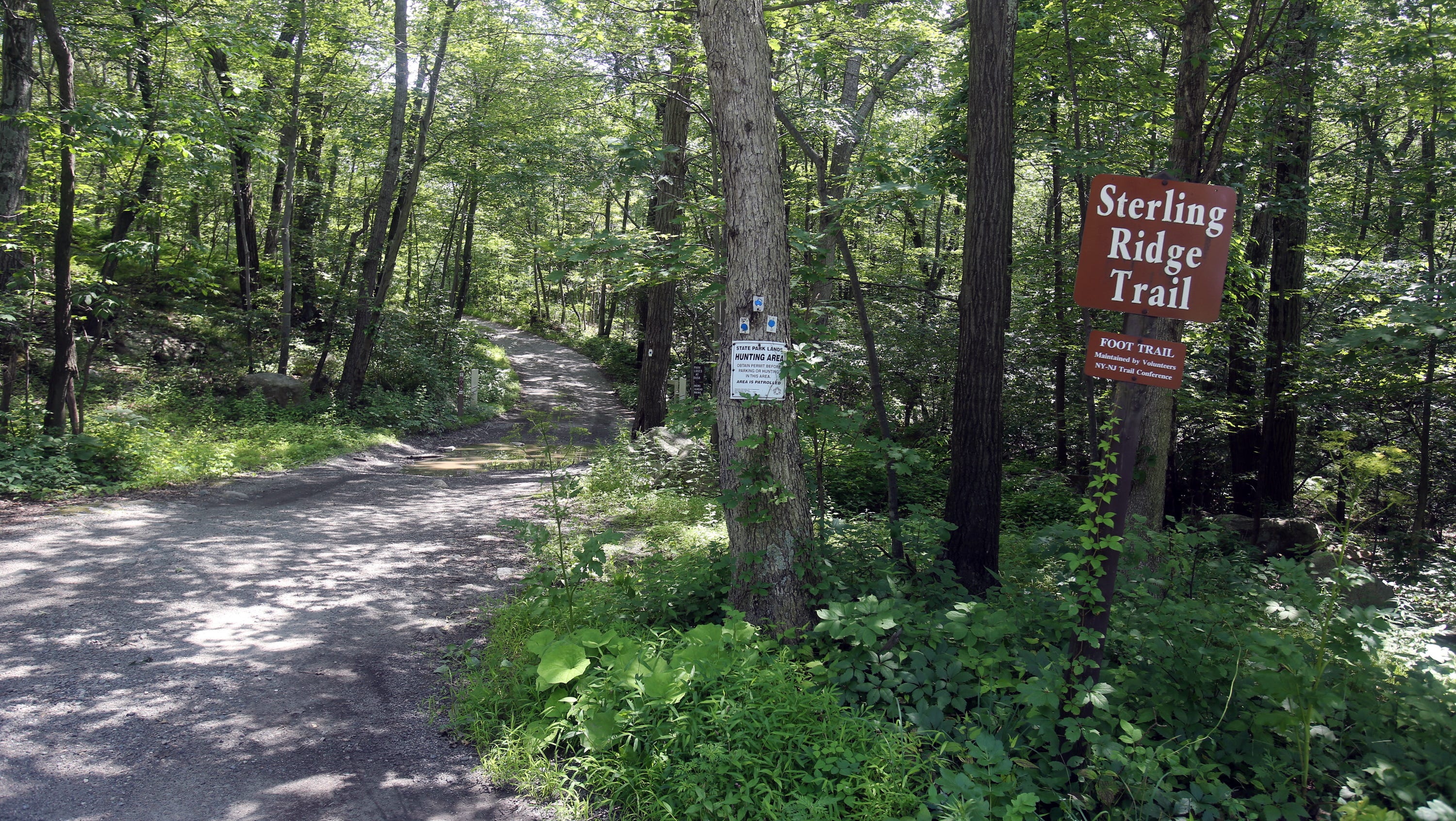 "We are deeply aware of the emotional connection many feel to Sterling Forest," said Genting spokesman Michael Levoff. "We have designed our project to be in tune with the natural surroundings while protecting the surrounding environment, our most important asset."

The debate over Sterling Forest comes as the panel charged with selecting casino locations nears a decision. The five-member Gaming Facility Location Board is scheduled to meet behind closed doors in Manhattan on Tuesday before holding its final meeting in Albany on Dec. 17.

State law allows for up to four licenses in three upstate regions: along the Pennsylvania border near Binghamton, the Capital Region around Albany, and the Hudson Valley/Catskills region. No region can receive more than two licenses.

The Hudson Valley/Catksills region is the most competitive region, accounting for nine of the casinos.

Lee Park, a spokesman for the state Gaming Commission, said public support is among the factors that committee members must consider in deciding where to locate a casino.

New York voters approved a referendum last November that allows non-Indian casinos in New York state. A commission will determine which proposal can claim the state's first four licenses. Up to two could be located in the Hudson Valley-Catskills region.

One proposal, called Sterling Forest Resort, is grabbing headlines. The proposed facility sits just 41 miles from Manhattan, right over the Rockland County border and along the New York State Thruway.

At 11 a.m. Wednesday, Michael Levoff and Kevin Jones of Genting Americas will join Editorial Spotlight to discuss the company's plan for a casino in Tuxedo.

Many see it as the antithesis of New York's original reasoning for allowing gambling, specifically, to lift downtrodden regions in the state, specifically the Southern Tier, Capital Region and the Catskills. The southern Orange County site is now home to the seasonal Renaissance Faire and Tuxedo Ridge Ski Center. The nearby Village of Tuxedo Park is among the wealthiest municipalities in the United States.

The casino complex, which would be nestled by Sterling Forest State Park, has drawn criticism. The park's establishment in the New York-New Jersey Highlands is considered one of the great success stories of the 1990s push to preserve open space.

Genting has wanted to revive a plan to build a Thruway exit, 15B, but a section of the land needed is under the control of the Palisades Interstate Parks Commission, which oversees Harriman State Park and Sterling Forest. The PIPC has denied an easement for the construction, saying it would impact on the enjoyment of the park.

Meanwhile, Atlantic City casinos continue to struggle, with closings and bankruptcies. Yet Christian Goode, vice president of Genting Americas, has estimated that the New York City area still has a $4 billion untapped gambling market. Goode called his company's proposal "quite frankly, the most significant opportunity in the U.S. today."

The Gaming Facility Location Board is now reviewing 17 casino proposals. A decision is due in October.

In 1996, a coalition of environmentalists, state and federal politicians and private donors cobbled together a deal that saved more than 20,000 acres of woodlands 44 miles away from New York City from development. The forests, some in New Jersey but most in New York, provide refuge for wildlife and clean drinking water for millions of people in New York and New Jersey.

Now comes another threat: a huge casino proposed by the Genting Group, a global casino operator and one of several companies hoping to take advantage of New York State s decision to build four upstate gambling meccas. The complex would be located in Tuxedo, N.Y., a community virtually surrounded by the Sterling Forest; according to Genting, it would offer 1,000 hotel rooms, employ 4,000 people and draw seven million visitors a year, many from New York City. This is the last thing the pristine Sterling Forest watershed needs. A state board will choose the four winners from 16 candidates. None are likely to be as lucrative to its owner as this one, given its proximity to New York City. And none are likely to cause anywhere near as much environmental damage.

The New Jersey State Senate has unanimously passed a resolution urging New York to reject the Genting bid. The Palisades Interstate Park Commission, which is responsible for managing the forest, has denied Genting s request for another interchange off the New York State Thruway to help bring traffic to the resort. These actions should give Genting pause. Yet the company barrels ahead anyway, offering to pony up $450 million for a one-time licensing fee that normally costs $70 million, pay for the interchange and devote a percentage of slot machine revenues to the upkeep of other state parks.