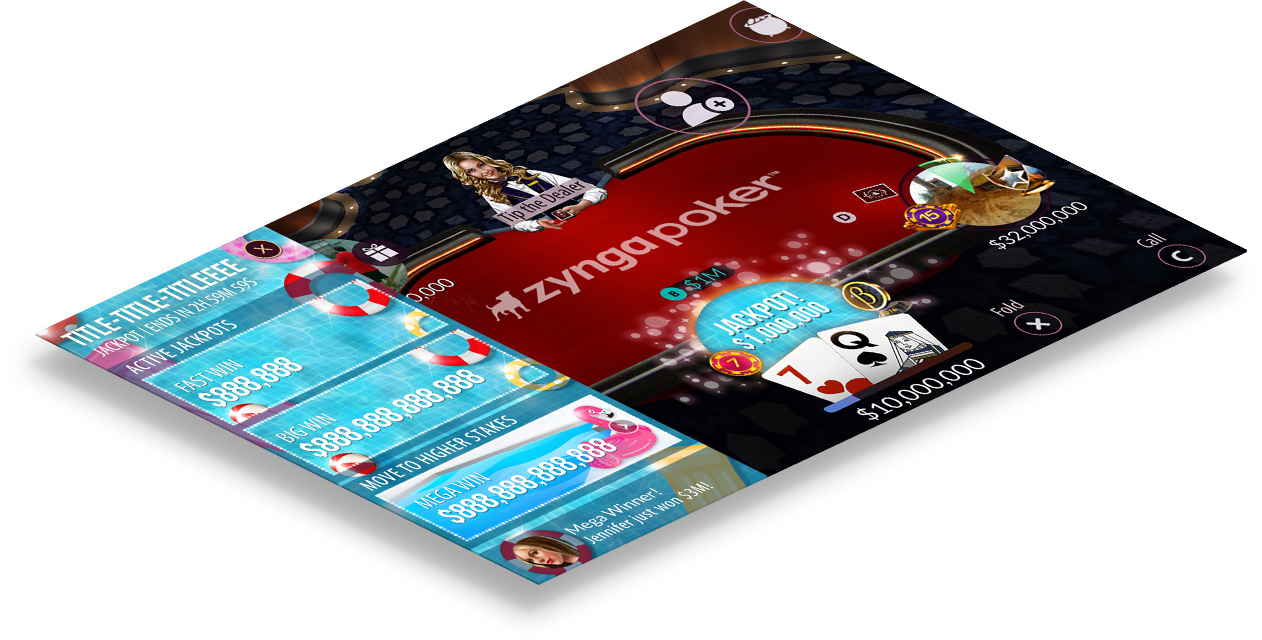 How to Do Well in; Zynga Poker;

How to Do Well in Zynga Poker Leagues

This is the Zynga Pokerleagues information screen.

Leagues are a somewhat important park of Zynga Poker. What are the leagues? How do you move in Leagues faster? Read this post to learn the answers to both questions.

What Are Zynga Poker Leagues?

Each tier also has five divisions you need to pass up to get to the next tier.

The world champion league works differently, though. I will explain how it works later.

Each league has three zones. There are the Red, Yellow, and green zones.

The size of each zone changes as you move up in league divisions. The Yellow and Green zones are smaller in higher leagues!

This forces more competition among the players to stay in these spots.

How You Move up and Down in League Positions

There Is a Fast Advancement Option

If you win a certain number of chips, the game will instantly move you up into a new league division.

You will not have to wait a whole week to advance.

It is nice there is the option to catch up if you have not played in a long time.

How the World Champion League Works

The world champions league is a bit more special than the other leagues.

Only the best 500 players in the game that is currently in Champions 5 can be on this leaderboard.

To stay in this league, you need to win enough chips to be in the top 500 players.

If you want to show off, this is a way to do so!

Why Do Poker Leagues Matter?

Leagues are a nice way to rank players on skill and bankroll size.You know the players in the World Champions are the best. Only the current best 500 players are in that league.

Being in Leagues Is a Fun Way to Show Off

I like being able to show off how good of a poker player I am. To me, poker is a lot about appeasing my own ego, and leagues are a great way to do this.

You Get Rewards From Being in Leagues

So maybe that means nothing to you. Well, you still should care about leagues.

You get more rewards from being in higher leagues. These rewards will help you get extra chips to play poker.

Also, to play in the highest of stakes in the game, you need to move in leagues.

Other people can see your current league when playing on poker tables.

The reward I got at the end of a league.

How to Get Into Higher Leagues More Often?

You Need to Play Poker to Build a Solid Bankroll

So how do you win so many chips consistently? You need to work on building up your bankroll.

People Take on Too Much Risk for Small Gains

People at higher leagues tend to be very small stacked. It is quite a paradox. How they did get to a high league if they have so few chips?

I see people play in higher leagues risk everything they have to keep those positions. Sometimes they lose every chip they have to stay in leagues.

This is a huge mistake because you can not do this long term. Sure they will keep their shiny badges for now. But once then go bust, they will struggle to stay in any league at all.

I Use Smart Bankroll Management to Minimize My Risks

I only play at stakes I have 50 buy-ins. I played poker on Zynga Poker for years to build up my bankroll.

But for most people, I would recommend anywhere between 20 - 50 buy-ins depending on what your risk tolerance is.

Playing poker conservatively does mean people will pass you up. You will be stuck in the lower leagues for quite a while.

But when you do move up in stakes, you will win chips consistently. The people who risk everything just for a league spot will stand no chance against you.

You will pass them up on the leaderboards, and they will be stuck where they are. Or they will struggle to risk everything to try to pass you up.

The main menu. A Thanksgiving themed event was in progress.

Time to Play Some Zynga Poker

I am going to explain my thoughts on this game by reviewing it.

How the Game Controls Feels

The controls are nice. I never feel like I am fighting the controls to make a certain bet size. Seeing how you bet a lot, this is a huge plus.

There is only one tiny thing that is a bit odd to me. I wish you can go all-in instead of only matching the other person's chip stack.

I guess the result is the same, but it feels more satisfying to put all my chips in.

There are five and nine person tables, and there are normal and fast speed tables.The ring games work as expected.

You can auto rebuy back into games.

Finally, years later, Zynga added the option to auto topoff your chip stack. Not being able to do this was one of my biggest issues with the game, and this is a huge change!

A Zynga Poker' table during a Thanksgiving related event.

Sit and Goes in Zynga Poker

There are multiple sit and go buy ins. There are also five, and nine player sit and go tables.

Like most traditional sit and goes you get paid for coming in first and second place. Three people win chips at full ring sit and go tables.

The game also has Spin and Go events. These are much faster tournaments, and only the player who comes in first place wins chips.

Recently Zynga added watches to the game. You collect these watches by playing poker and earning chips in a collection.

There are currently five watches to collect, and each watch gives you free chips.

One of my oldest complaints is that Zynga Poker has nothing to earn or collect long term.

This is a huge step in the right collection, and I am very excited to collect the watches.

The Game Has Challenges

Every day you get challenges to complete. If you complete all the daily challenges, there are bonus challenges. You also get one weekly challenge.

The challenges are a bit too hard. The game expects to play very high stakes compared to the total amount of chips you have. I ignore the challenges.

About Poker Leagues and the Rewards Center

Every week a poker league runs. You get rewards depending on your position at the end of the week.

I love playing in these leagues as they can be very competitive. It is fun to see how high of a league I can get to.

You can use the tickets you earn from challenges and leagues in the Rewards Center.

The rewards you get are small, but it is fun to collect them.

There is almost always a Mega Fast Cash event active.

Zynga has stepped up the event game recently. The game used to be almost devoid of events. Now there almost always is one.

It is good to see competitive changes like this. Seeing how other similar poker games have amazing events.

How the Game Looks and Sounds

The game looks nice. The cards are nice and big and easy to see, and the animations are fluid.

The table backgrounds are dynamic and change based on the current event. They are very detailed, and this is not the Zynga Poker I started playing as this version looks much better.

The game sounds OK. Nothing spectacular here but nothing terrible either. I feel neutral about how this game sounds.

There are alert sounds when it is your turn to act. There is a clapping sound when people win hands. It gets cheesy after hearing it so many times.

Things in Zynga Poker Are Annoying

The game sends notifications for free chips every once and a while.

Also, when you move around on the main screen on the app versions of the game, sometimes you will be forced to watch ads. These ads are very annoying.

Features I Wish the Game Had

There are a few features I wish this game would have. It would be nice to sit out for a few minutes. Sometimes I need to take a tiny break.

I also wish the game had a four color deck option. It is a tiny feature I love in games.

The team at Zynga Poker has been hard at work building an improved version of our VIP program to reward our most loyal players. Over the next few months, VIPs will see increased rewards, promotions and exclusive content. The first wave of benefits begins now and are outlined below!

CHIP BONUS FOR EXISTING VIPS- all existing VIPs will be granted a chip bonus the next time you log into Zynga Poker. This one-time bonus is our way of reminding you how being a Zynga Poker VIP pays off!

EXCLUSIVE VIP TOURNAMENTS - we are hosting monthly tournaments for VIPs starting December 16th.  This event will run on 12/16 at 4:00 PM PST to 4:00 PM on 12/17 PST on Mobile and Web. The format of the tournament will be a VIP Sit N Go style game.  If you are a VIP, no need to sign up, just select VIP Sit N Go from the main game lobby.  You will automatically be placed at a VIP table!  The tournament has a 75 Million chip buy with a $80 Billion chip payout between our top three winners!  More details to follow on our future VIP tournaments, with our next one in January.

VIP PROGRAM REFRESH - we realize our existing program needs to grow along with the tens of thousands of special players we have playing Zynga Poker.  We are working on some amazing upgrades to the VIP program right now that we can t wait to reveal in the new year.

Not yet a Zynga Poker VIP? More details on how to qualify will be available soon!